Your advantages by using knives made with ESR materials

“The reason why KnifeSol was founded is to provide all users of knives all over the world with a truly cutting-edge product. Why are we proud to tell you this? Because most of our customers don’t know if they are using a knife with ESR material or not. Likewise, it doesn’t always know what great advantages an ESR material has over a conventional (standard) material”

KnifeSol is here to shed light on this big difference that has been in the shadows for more than forty years. Why do we do it? Because it is our mission to provide our customers with only the best product at competitive prices.

It is recognized all over the world that the use of ESR materials in any application, gives the tool a much longer life, compared to the use of a knife obtained with conventional materials. For the knives used in metal cutting, in percentage terms, we can say, without fear, that a knife produced with H13 ESR material lasts at least 40% longer than a conventionally produced H13 material (standard). A noticeable difference, if you consider how much you spend on a set of standard knives that last half the time compared to a set of ESR knives.

Below, for your knowledge, we want to explain exactly why an ESR blade is better. Keep in mind that we are the first knife supplier in the world that publishes this matter, at the end of the reading ask yourself why?

Taking for example the material H13 (Wst. Nr. 1.2344) is normally sold with chemical analysis values near to:

As usual, when you buy knives made of Wst Nr. 1.2344 / AISI H13 material, the knife supplier does not provide you with a complete certificate of the material, which also indicates the casting process. You must know that it is therefore almost certain, that you are using a conventional material (not ESR), considered obsolete for us, as it has all the disadvantages that you will understand by going on reading.

Please consider that for the material AISI H13 /Wst. no. 1.2344 the complete chemical analysis has only the following two variants of chemical compositions:

The first question to ask is why the majority never tell you about the two elements S (sulfur) and P (phosphorus), this two elements are always present in any tool steels! Someone could thinking that for their small value are irrelevant, so we can state that anyone who thinks so must know that this hasty consideration is wrong and that most probably you are using a knive that is not really in the best condition you could have. This will affect the increasing of your knive maintenance costs and decreasing the knive life time.

Carbon – C
For most tool steels it is the most important element and the one that more than any other has the strongest influence on the characteristics of tool steel. As the carbon content increases, the hardenability and wear resistance increases, while the elongation, deformability, workability are reduced.

Silicon –Si
It favors the separation of graphite and narrows the area of the γ phase and increases the mechanical resistance.

Manganese – Mn
Manganese is a flux. It binds sulfur in the form of manganese sulphides and consequently reduces the influence of iron sulphides, reducing the danger of fragility. It increases both the yield point and the resistance. It gives good cold toughness for low temperature stresses.

Phosphorus – P
It is considered harmful for tool steel, given that it determines strong primary segregations during the solidification of the melt and the possibility of secondary segregations in solid state. These segregations can only be stabilized with difficulty. Since it is difficult to obtain a homogeneous distribution of the phosphorus, it is mandatory to keep its content very low. Already in minimal levels, fragility increases. The embrittlement by phosphorus increases with the increase of the carbon content, with the increase of the grain size and with the reduction of the deformation ratio at the forging, cold brittleness and sensitive to impact stresses (tendency to brittle breaking).

Sulfur – S
Among all the elements of steel, it is the one that determines the largest segregations, because iron sulphides surround the grains reducing their bond, favoring intercrystalline breakage during hot deformation. Reduces toughness.

Chrome – Cr
Chromium is a carbide forming element. Its carbides increase cutting edge maintenance and wear resistance. Chromium increases resistance to oxidation, for corrosion resistance requires a minimum content of about 13%, which must be solubilized in the matrix. It reduces thermal conductivity, electrical conductivity and thermal expansion. Chrome makes steel suitable for quenching in oil and air. Generally, the addition is 4% because it appears that this concentration gives the best compromise between hardness and toughness.

Molybdenum – Mo
Molybdenum is generally bound with other elements. Molybdenum largely reduces the fragility of tempering and promotes the formation of fine grain. Molybdenum increases the yield point and strength and is a powerful carbide former, improving the cutting characteristics of knives. It is part of the elements that increase corrosion resistance. Molybdenum forms the same double carbide with iron and carbon as tungsten does but has half the atomic weight of tungsten. Consequently, molybdenum can be added in place of tungsten on the basis of about one part of molybdenum, by weight, for two parts of tungsten.

Vanadium – V
Vanadium makes the primary grain thinner and it’s a strong carbide former with a consequent increase in wear resistance, maintenance of the cutting edge, reducing sensitivity to overheating. Due to the formation of carbides it reduces the toughness of the material.

In addition to the notions written above, the remelted material ESR brings the following improvements that a conventional melted material can never achieve:

“KnifeSol have therefore decided to provide its customers, knives and blades, produced with ESR materials”

How does an ESR Plant work and how is it able to deliver a high performance materials?

The ESR (Electro Slag Remelting) is used for the productions of special tools steels.
The starting material used for the remelting is an ingot of steel obtained from conventional melting process. The ingot is used as consumable electrode and has already the chemical composition of the desired material. To simplify the explanation of the refining process please find here below the ESR plant representation. 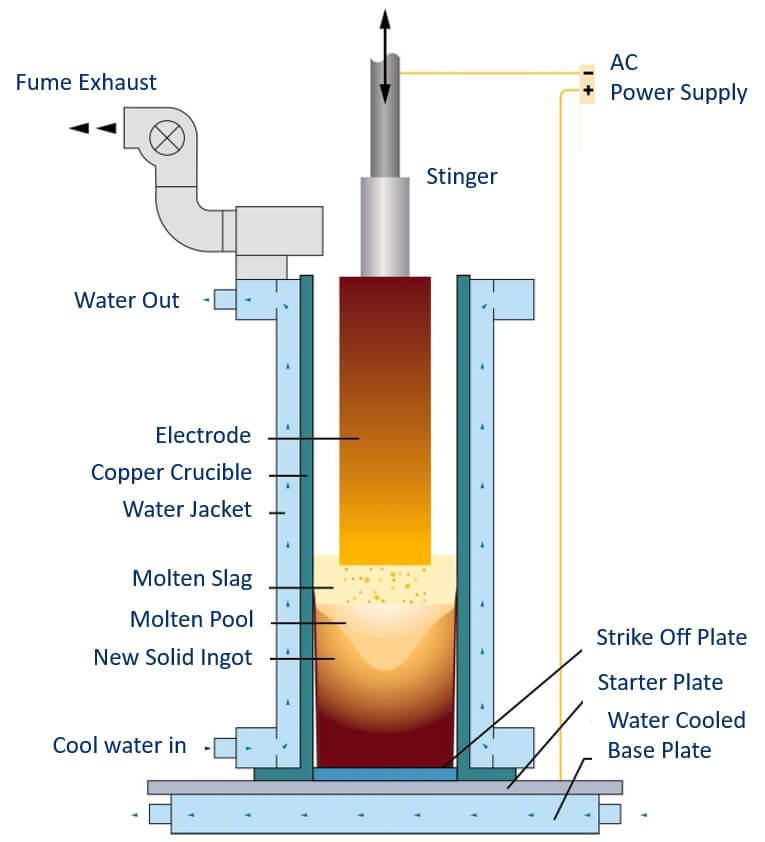 The heat required for remelting is produced by the passage of electric current (AC) between the electrode (negatively charged) and the starter plate (positively charged), located on the bottom of the copper mold. Essentially the approaching of the electrode near to the starter plate creates a short circuit thereby generating an electric arc that releases a strong heat. The heat produced by the electric arc reaches high temperatures between 1800 and 2000°C, in the bath of liquid molten slag. The electrode immersed in it begins to melt in the form of drops which, passing through the bath of slag, reacts eliminating any impurities (oxygen, sulphur, phosphorus and other undesirable elements). The liquid steel begins to touch the bottom of strike off plate and begins to solidify due to the cooled copper mold. The electrode continues to melt, creating the new material remelted ingot.

Which are the substantial differences of the material after solidification between an ingot produced with the conventional melting process and an ingot remelted with the ESR process?

By conventional melting processes, the longtime of ingot solidification causes segregations, inclusions not uniformly distributed and, finally, some structure anomaly at those points in which the liquid steel is no longer able to flow during solidification.

In the ESR ingot, however, has at all times only a small amount of steel in the liquid state, for which the flow of heat and crystallization occur in a steady manner.
The matreial grow freely and almost parallel to the ingot longitudinal natural axis. The ingot obtained by this remelting / refining process is very homogeneous and free of internal defects. The segregation of the ingot (called macro-segregations) are substantially eliminated and the internal segregations (called micro-segregations) are significantly reduced. 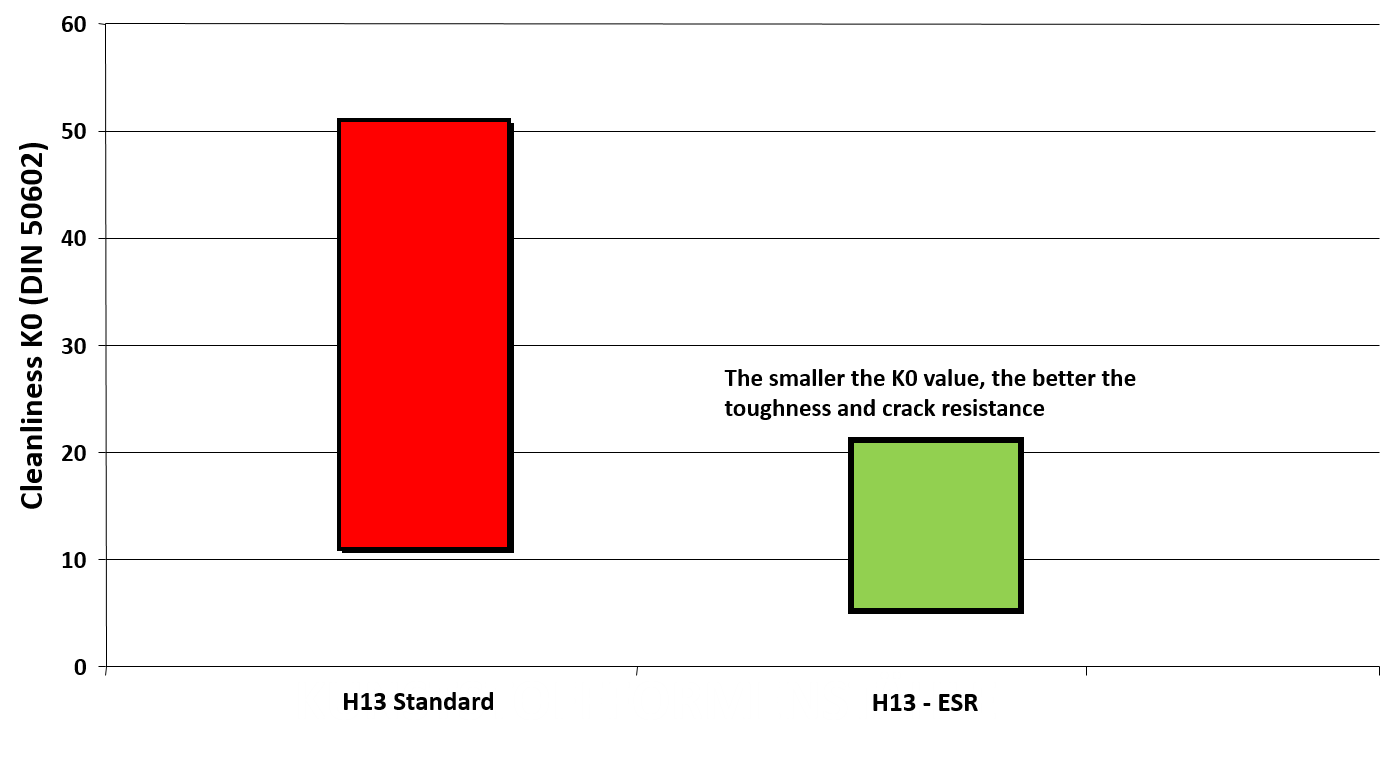 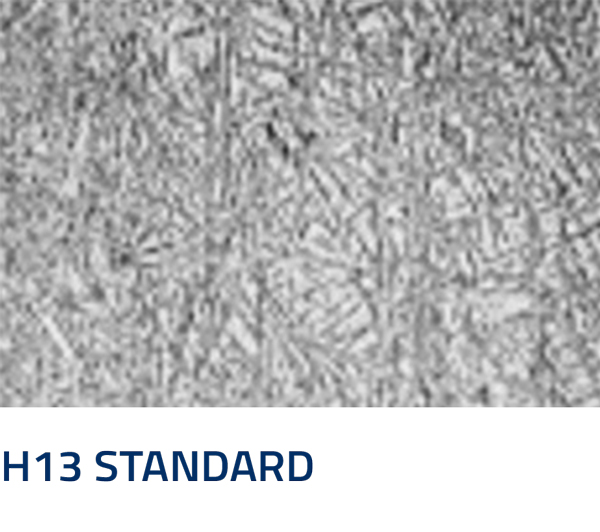 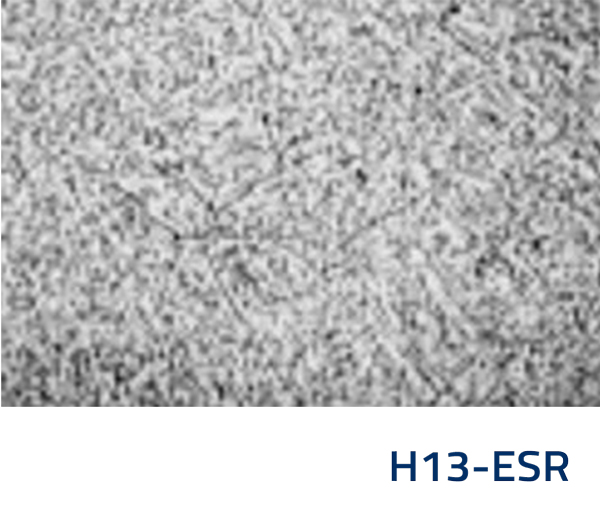 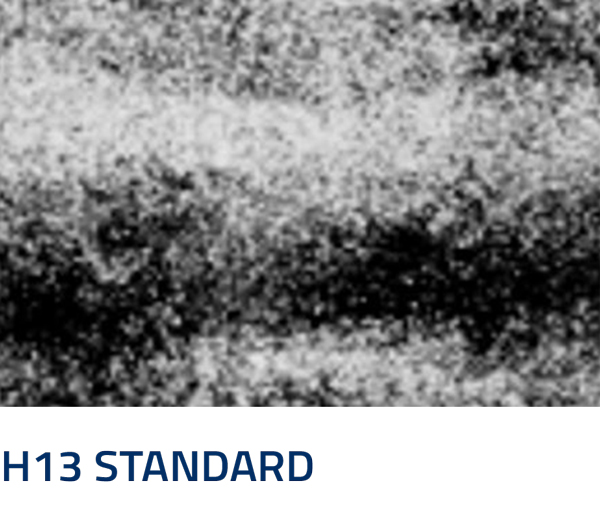 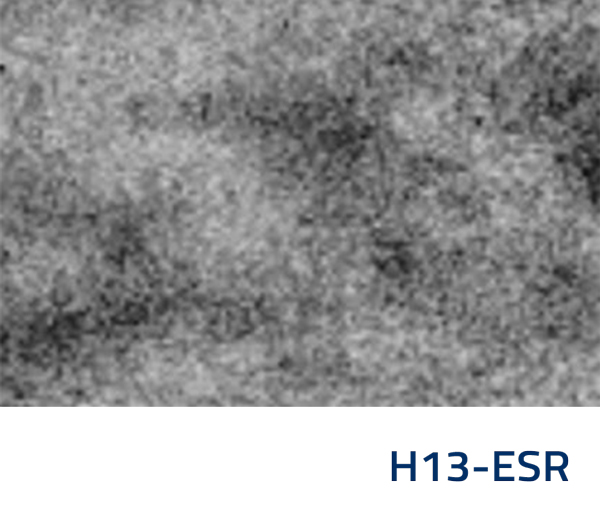 Influence of production processes on wear resistance and toughness: 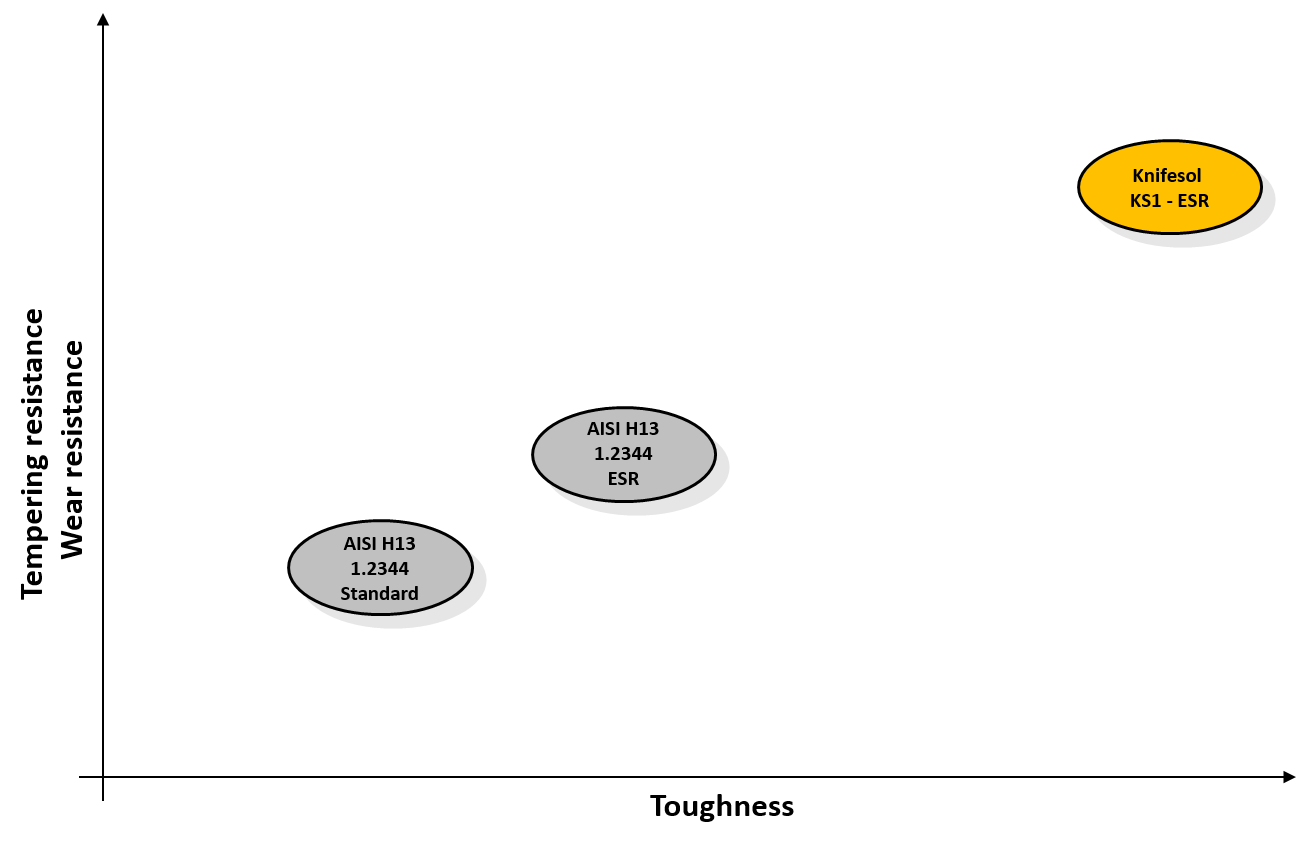 This is why ESR remelting process is recognized as the preferred production method for high-performance materials that shall withstand high stresses.

Final query for you:
“Knowing all that above would you still prefer using a standard conventional material knive or an ESR material knive?”